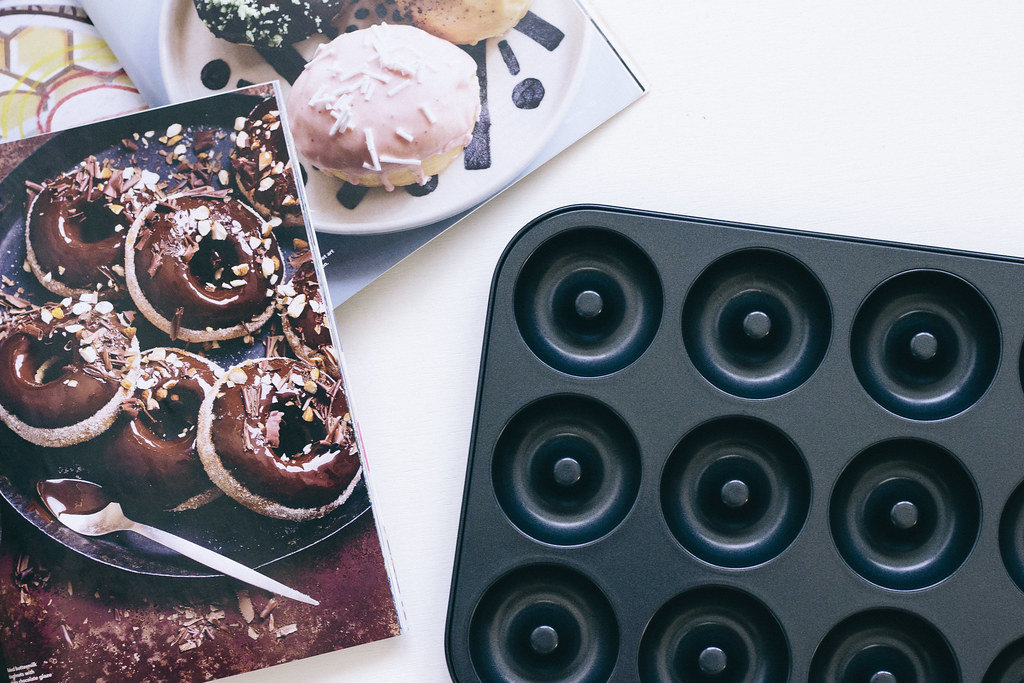 The other week I bought a doughnut pan and it has quickly become my favourite baking accessory. I’ve tried making baked doughnuts the hard way before, with a recipe that required yeast and without a doughnut pan (those chocolate glazed doughnuts pictured above), and that turned out to be an epic fail. The doughnuts ended up resembling another failed attempt I had at making pretzels i.e. not at all like they were meant to. So it would seem that any recipe that involves yeast is my downfall. That’s why when making baked doughnuts I now opt for yeast-free recipes. The doughnuts end up more cake-like in their texture but I’m totally down with that. I’m not really here for discussions on what does and doesn’t constitute a doughnut. I’m just here for the noms. So far I’ve stuck to the basics and only made baked cinnamon* and vanilla bean doughnuts. The following is a quick round up of baked doughnut recipes I’m keen to try out.

1. Baked Brown Butter and Pistachio Doughnuts from Joy the Baker

If you have any tried and tested baked doughnut recipes feel free to share them in the comments section!

*I used this recipe for the baked cinnamon doughnuts however next time I would make several tweaks to it, like reducing the spices in the doughnuts by a pinch, not dipping the doughnuts in butter to coat them, and reducing the quantities for the cinnamon sugar because I had A LOT left over.