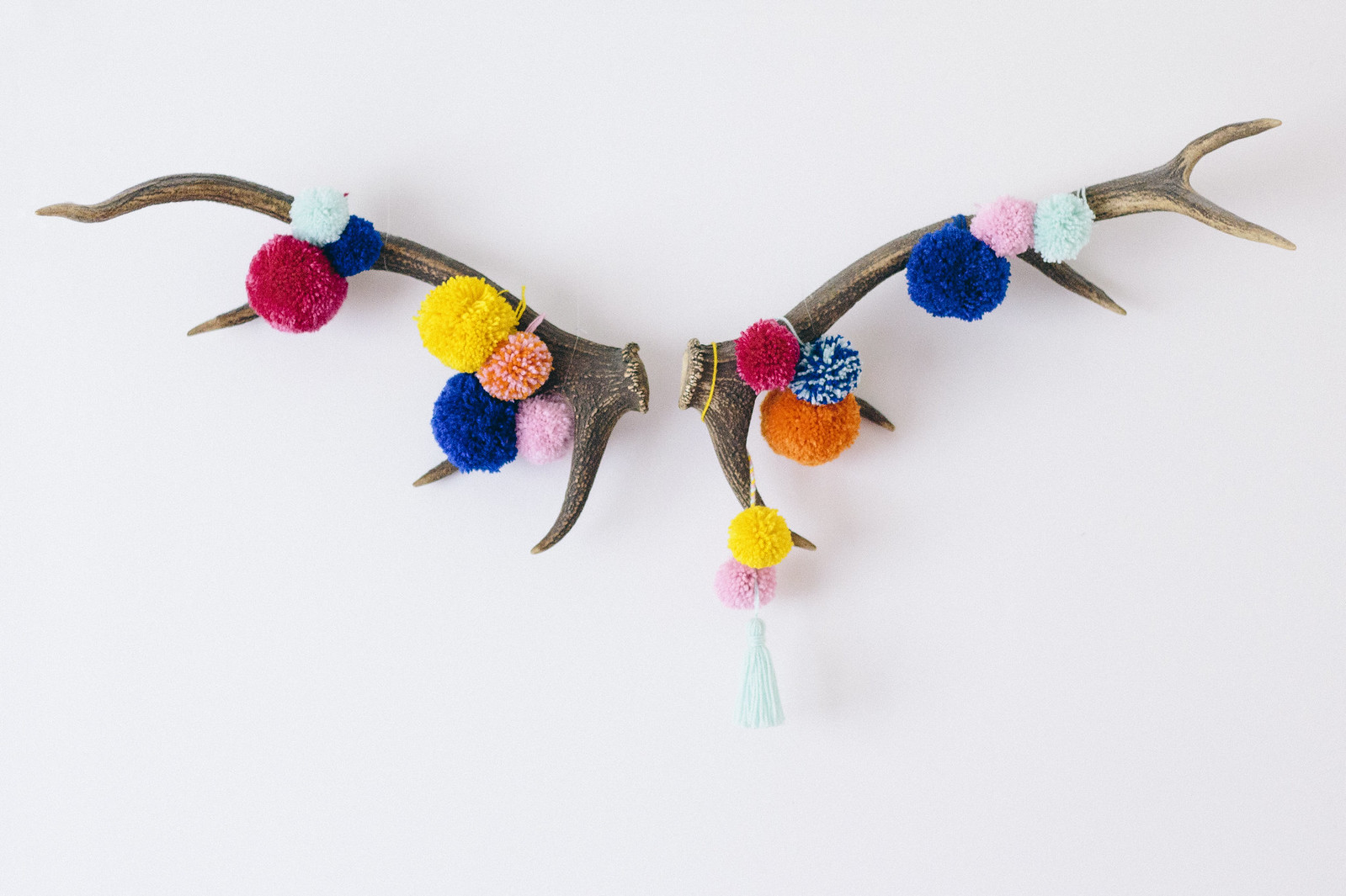 If programming on this blog has slowed down it’s probably because I’m spending all my spare time making pom poms. I’m half joking, half not. Anyway, I acquired these antlers while clearing out my grandmother’s house a few years ago as we needed someone to claim them before my vegan cousin showed up. I put my hand up to hide them in my car and have been custodian ever since. In an attempt to display them I strung up a wooden dowel/fishing line contraption to hang off of a picture rail (scroll down to the last photo to see). The antlers looked a bit plain just hanging against the white wall so I ended up gradually covering them in pom poms (and a tassel). I keep saying that each pom pom will be the last but we’ll see. 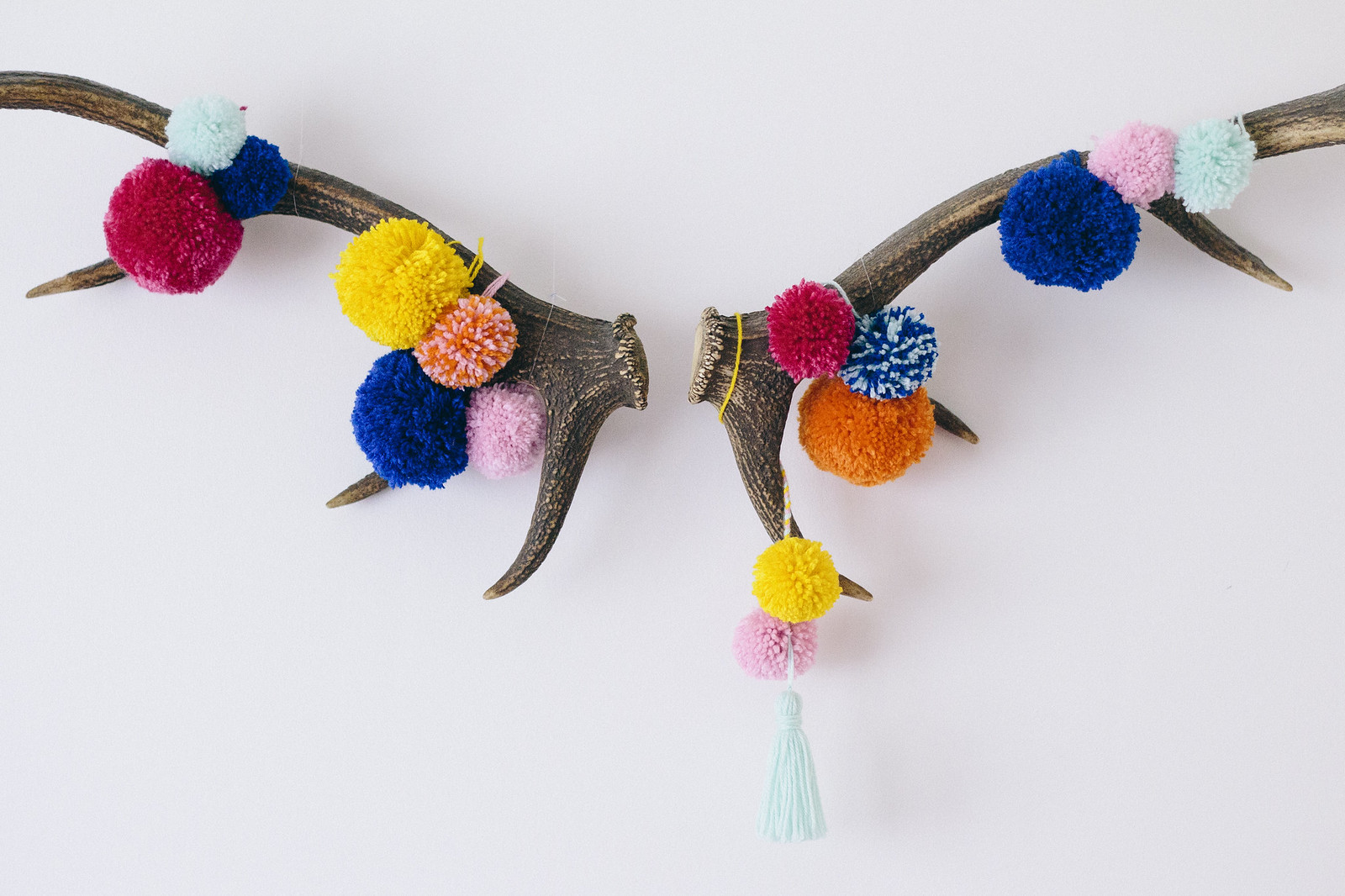 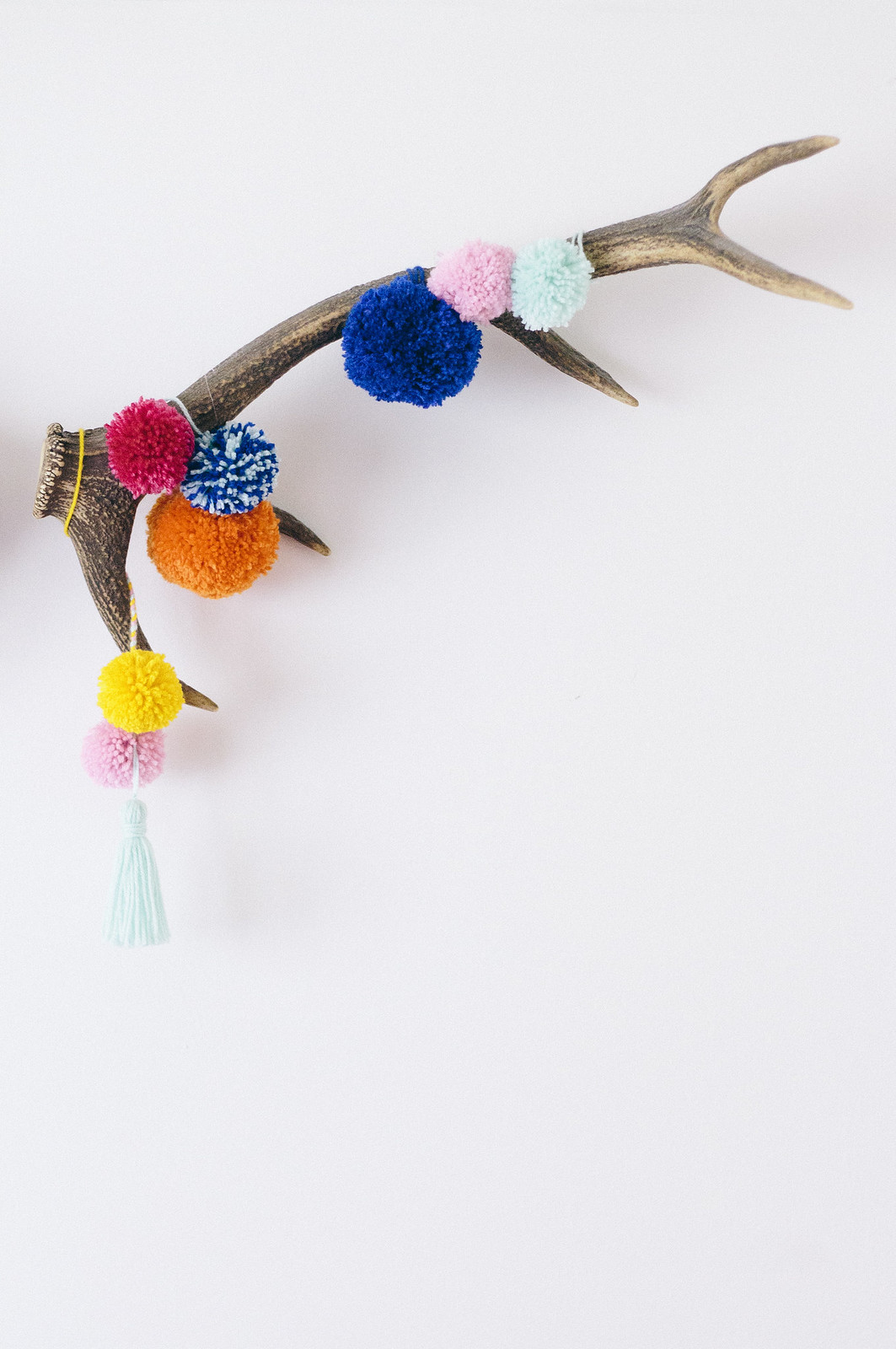 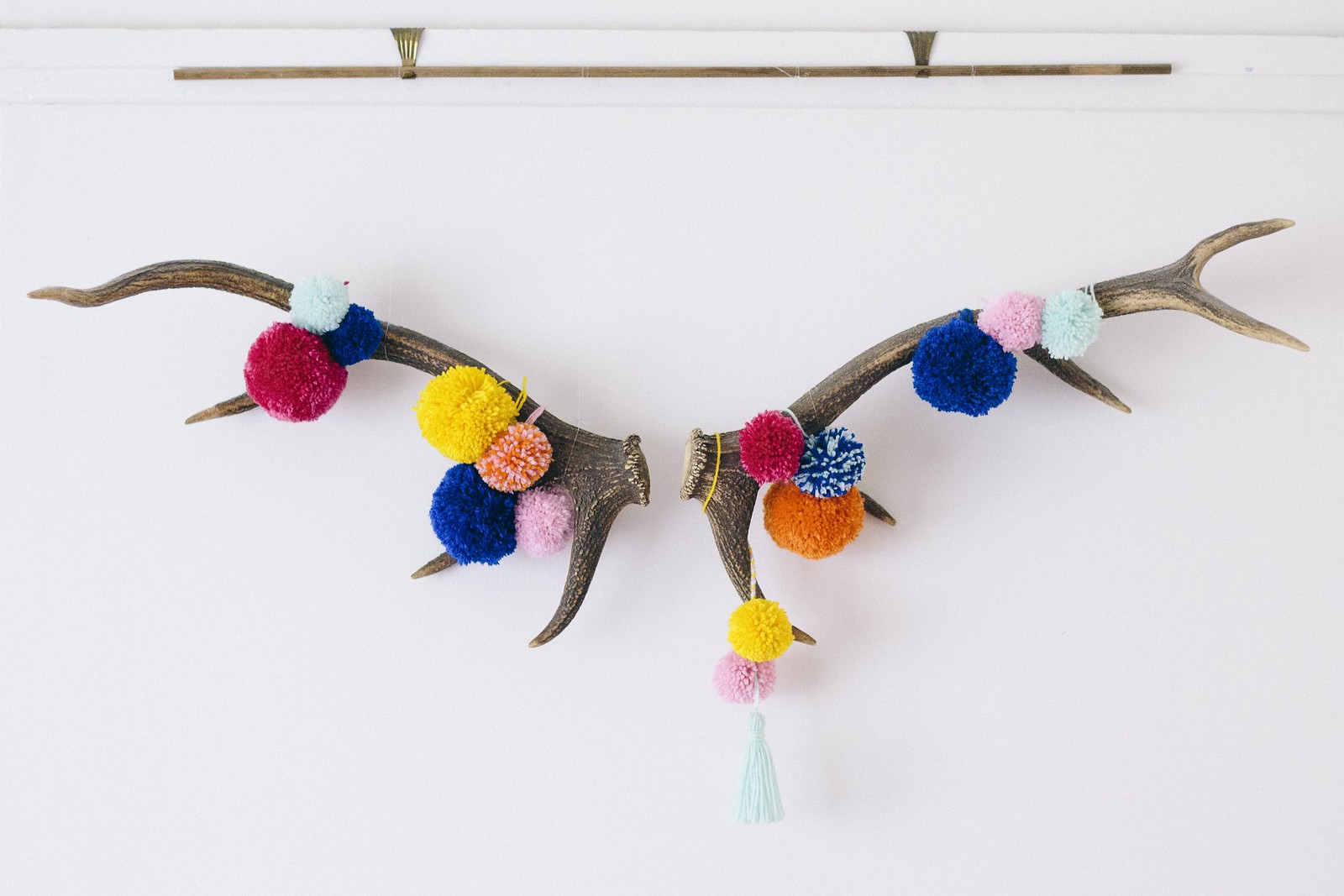 ^ I’ll eventually get around to painting the dowel white and finding white hooks to complete the floating effect but in the meantime I cbf.