How To Make a Pom Pom Key Ring 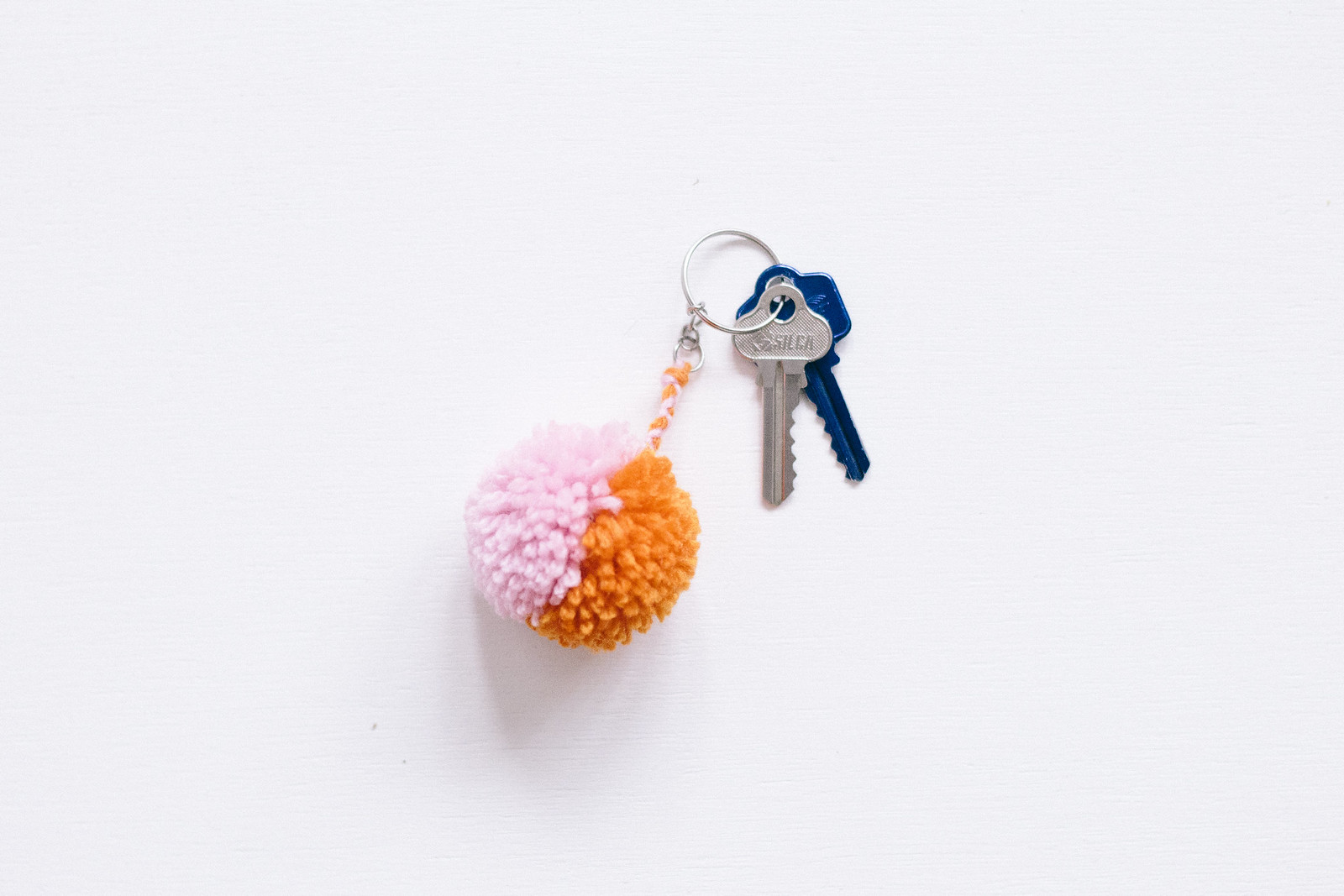 Ever since I bought a pom pom maker, pom pom production has gone up 100% around these parts. Yes, I was just as amazed that such contraptions existed – who knew I had been slumming it making pom poms the hard way all these years? So in my current pom pom making frenzy I decided I’d give making a pom pom key ring a go. This is a relatively simple DIY and making the pom pom is pretty straightforward if you’re using a pom pom maker. If you don’t have one or prefer to make them the old school way then I’d suggest checking out this tutorial by Fancy Free. If your keys need a pom pom flavoured makeover then read on! 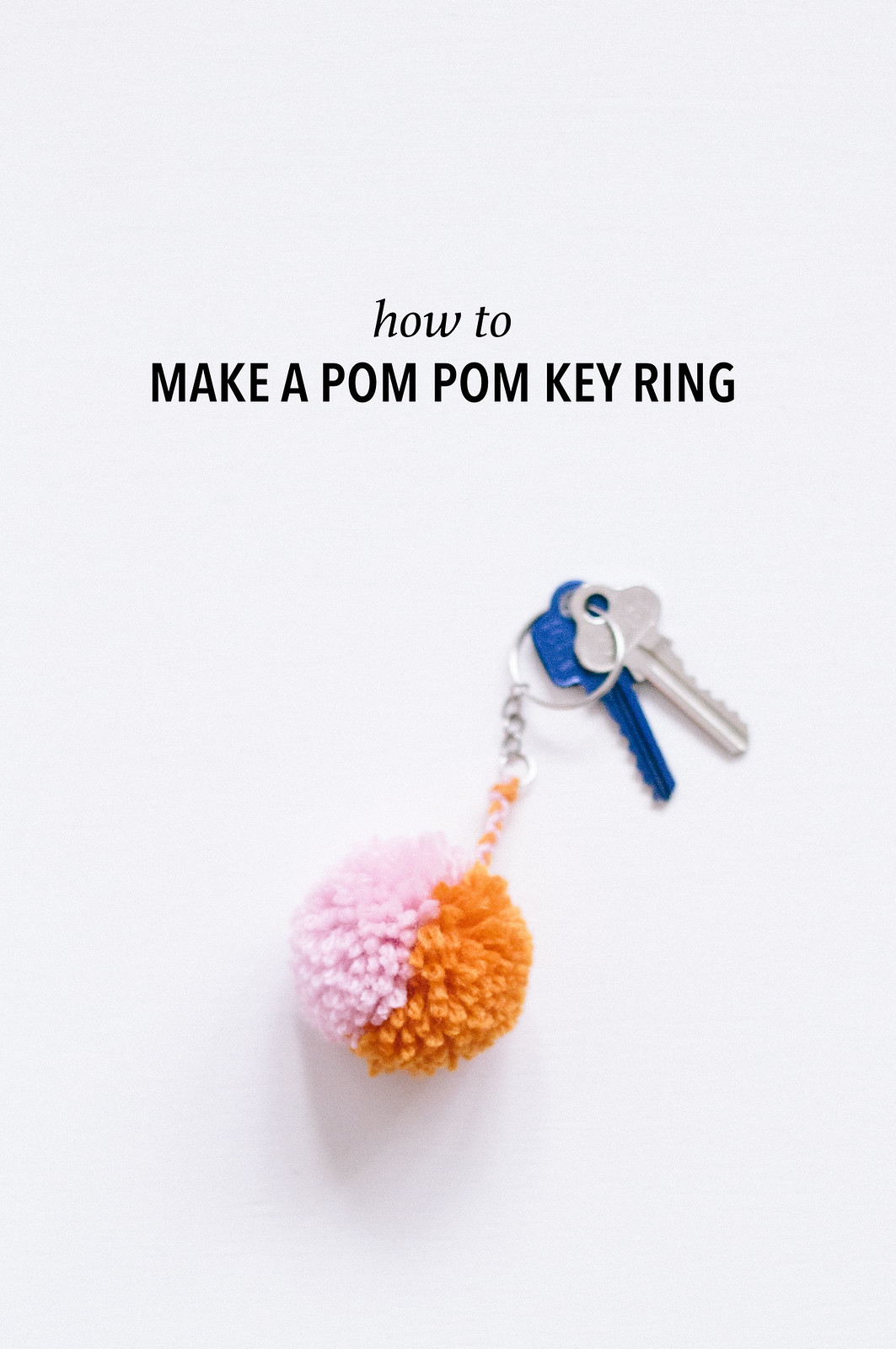 What you need:
– Plain key ring (you can just repurpose an old key ring or buy them from eBay/craft shops)
– Yarn
– Pom pom maker (not necessary but they are seriously life changing)
– Scissors 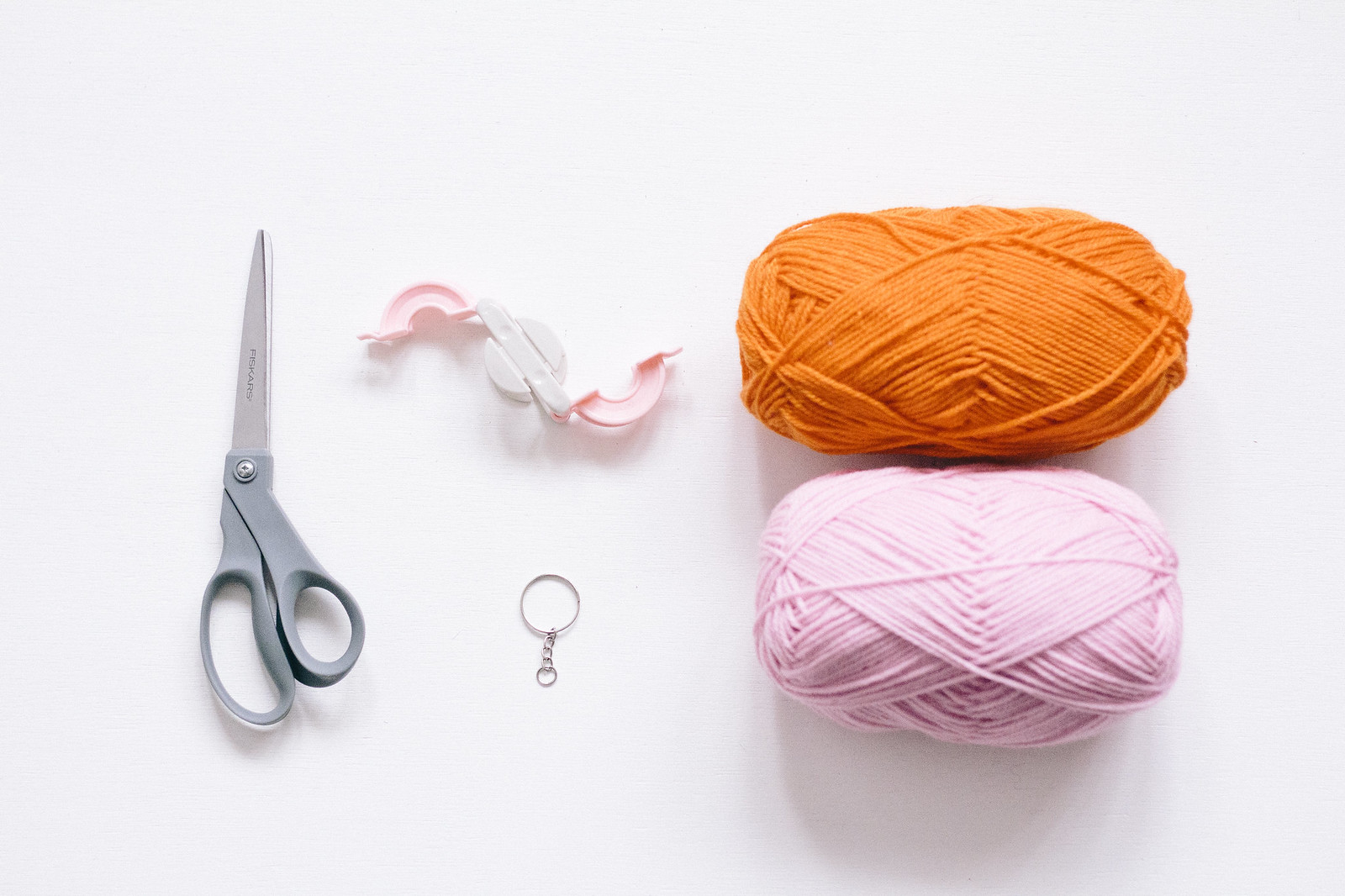 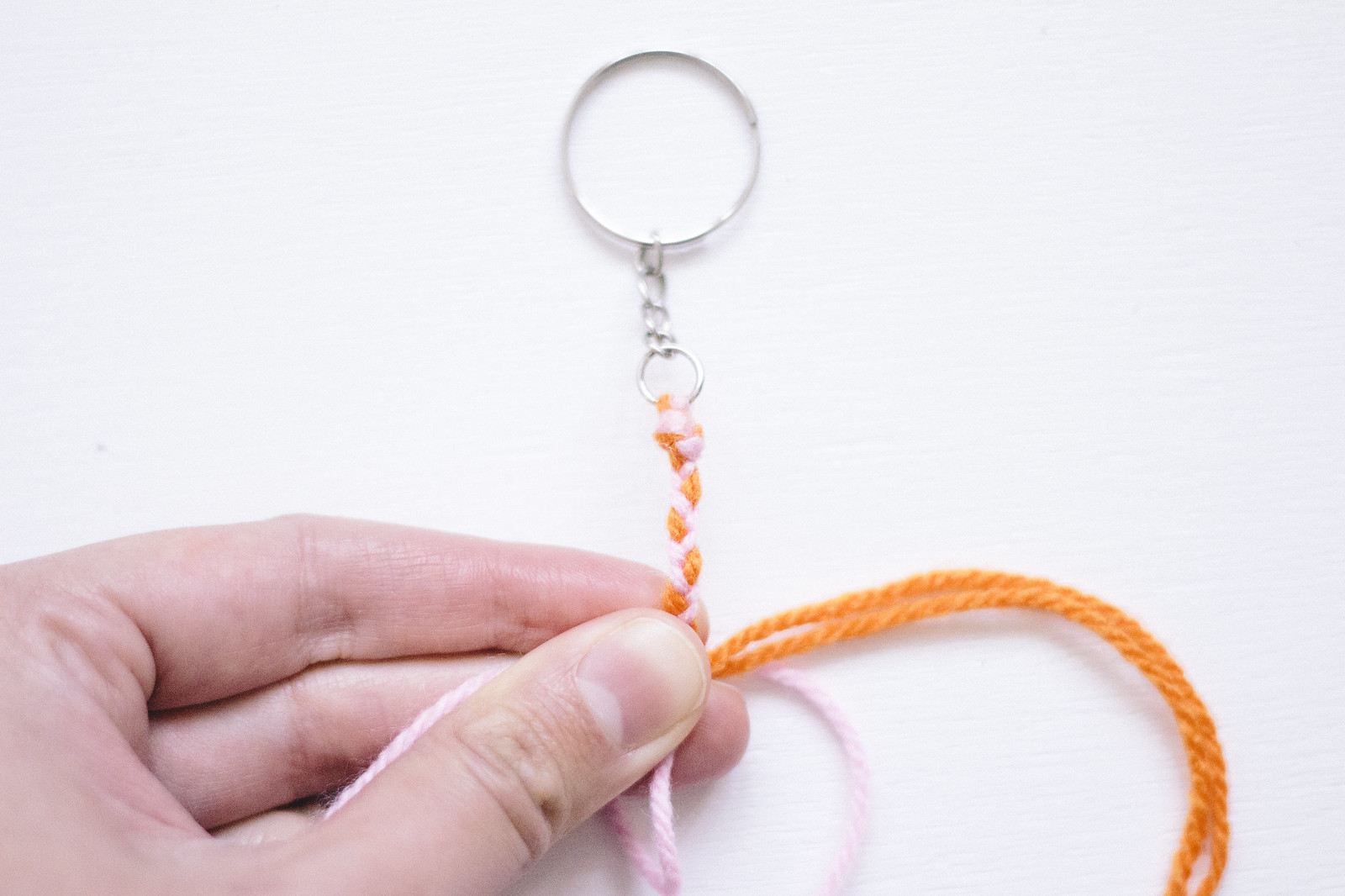 1. Start by tying some yarn to the key ring to create an attachment point for the pom pom. If you’re plaiting the yarn like I am, tie the ends after you’ve reached the desired length so that the plait doesn’t unravel. Leave plenty of yarn at the ends to secure the pom pom later. If your key ring has a longer chain, you could skip this step entirely and just tie the pom pom directly to it. 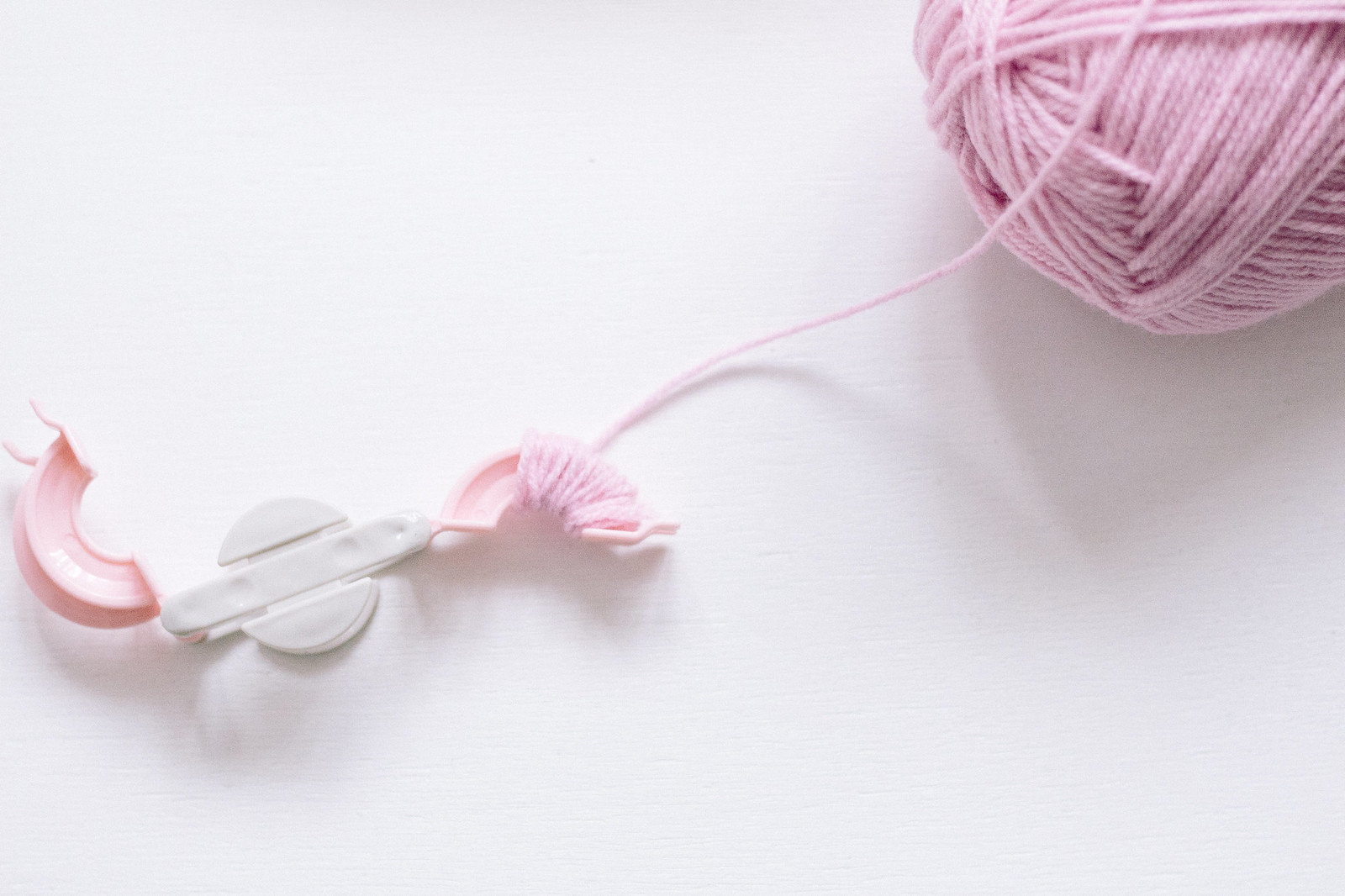 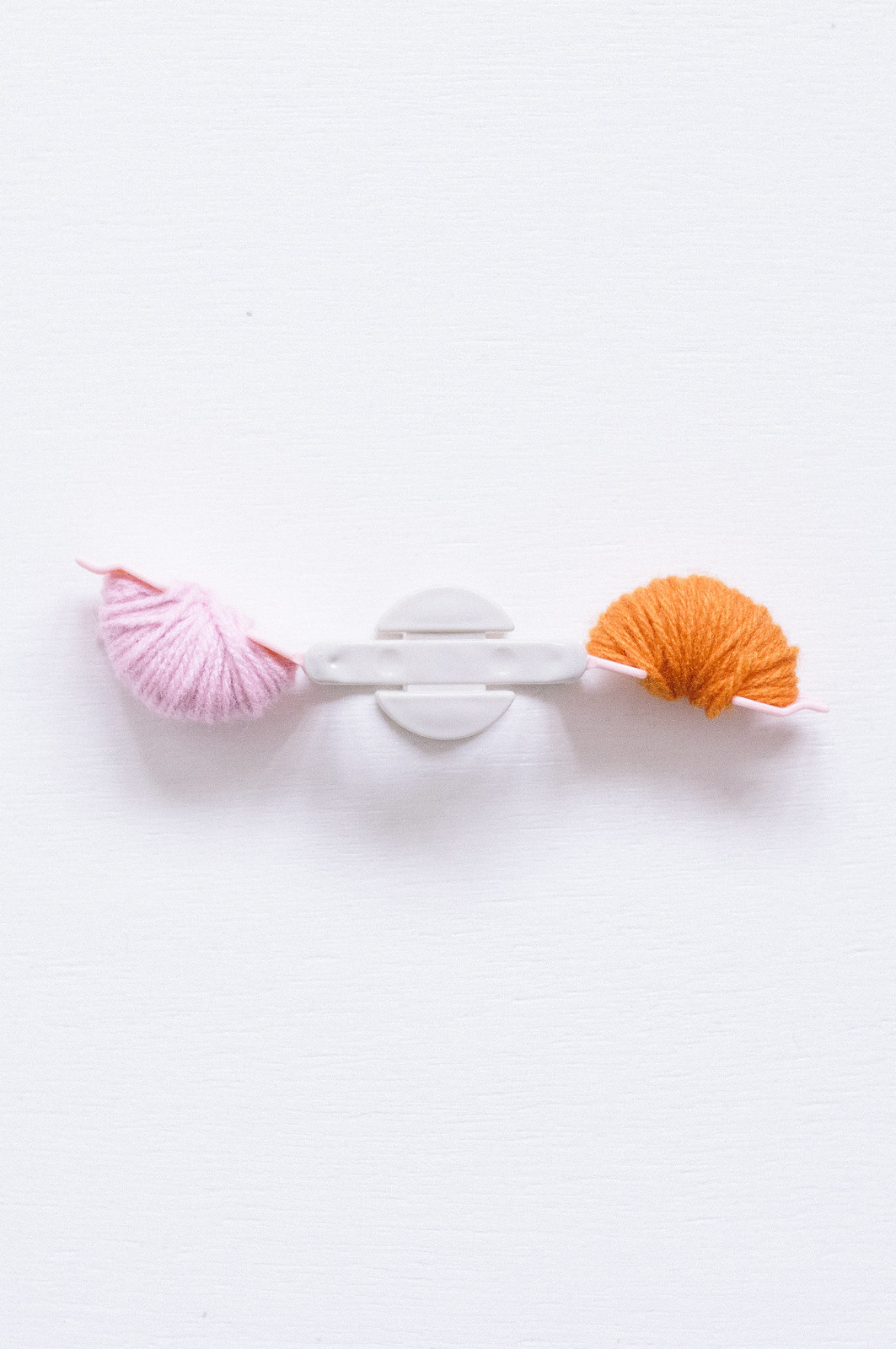 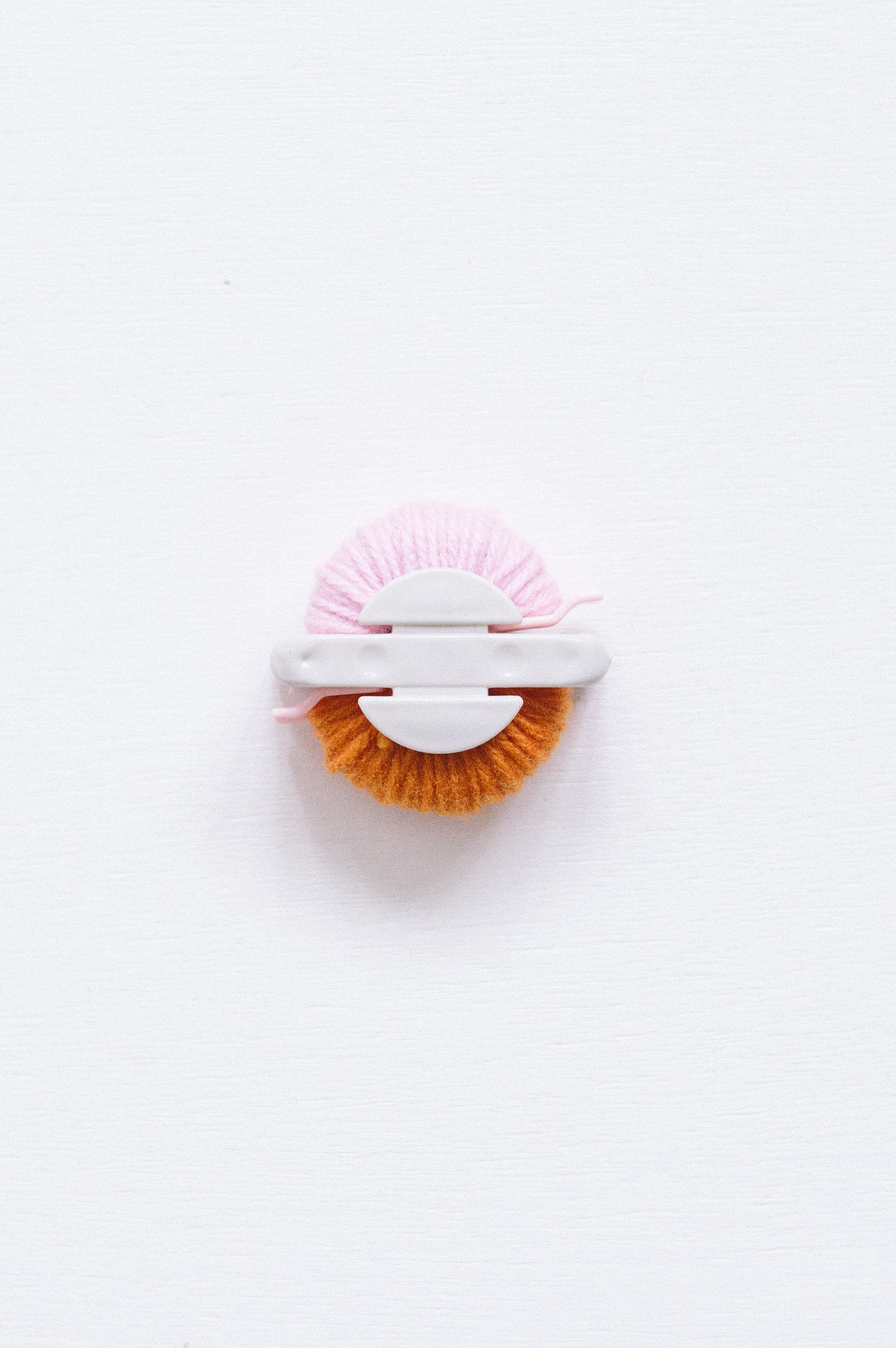 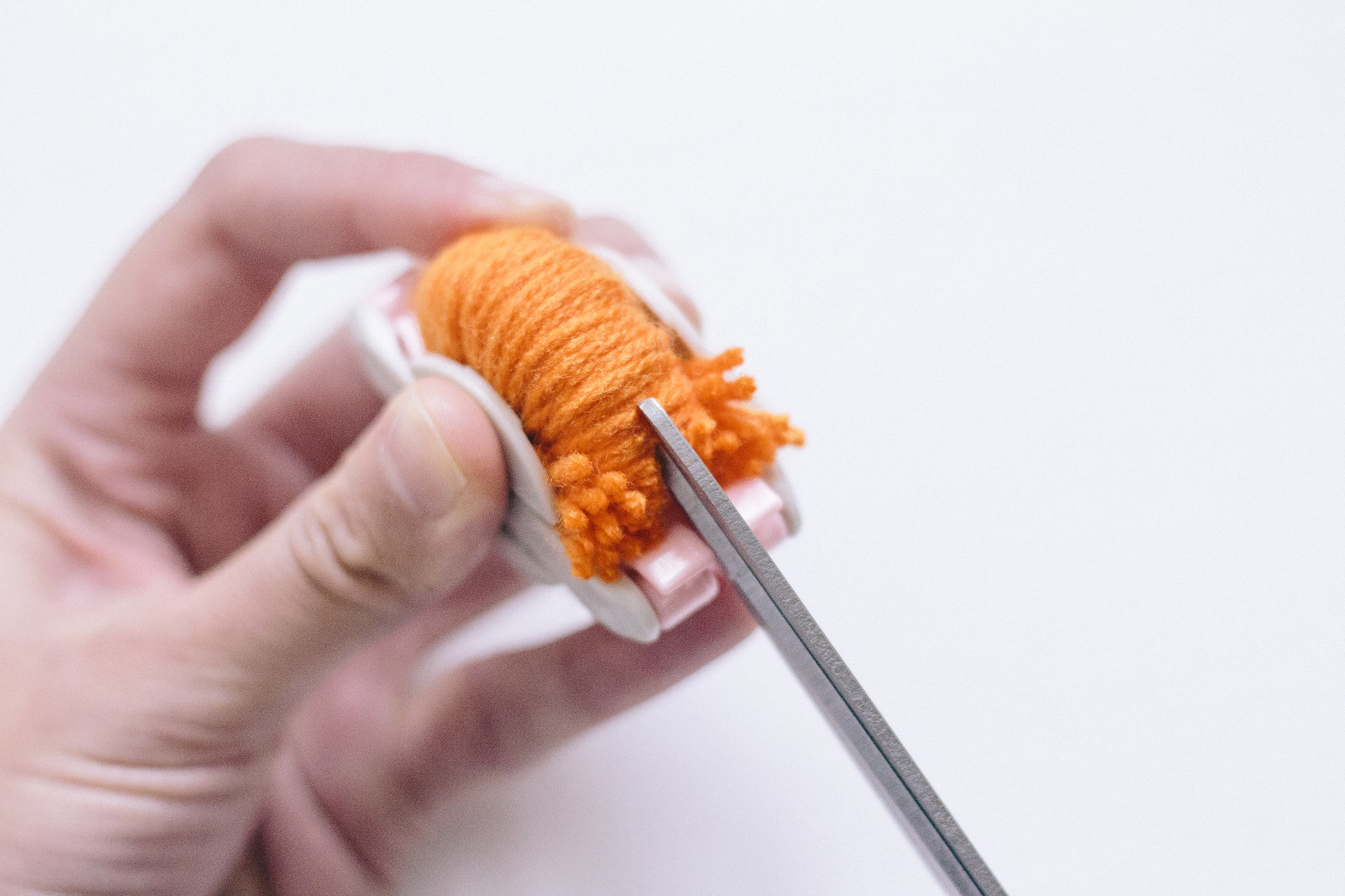 2. Make the pom pom using whatever method you have access to. If you don’t have a pom pom maker there are plenty of tutorials online. I’ve gone for a two-tone design here but you can create anything from plain to speckled pom poms. 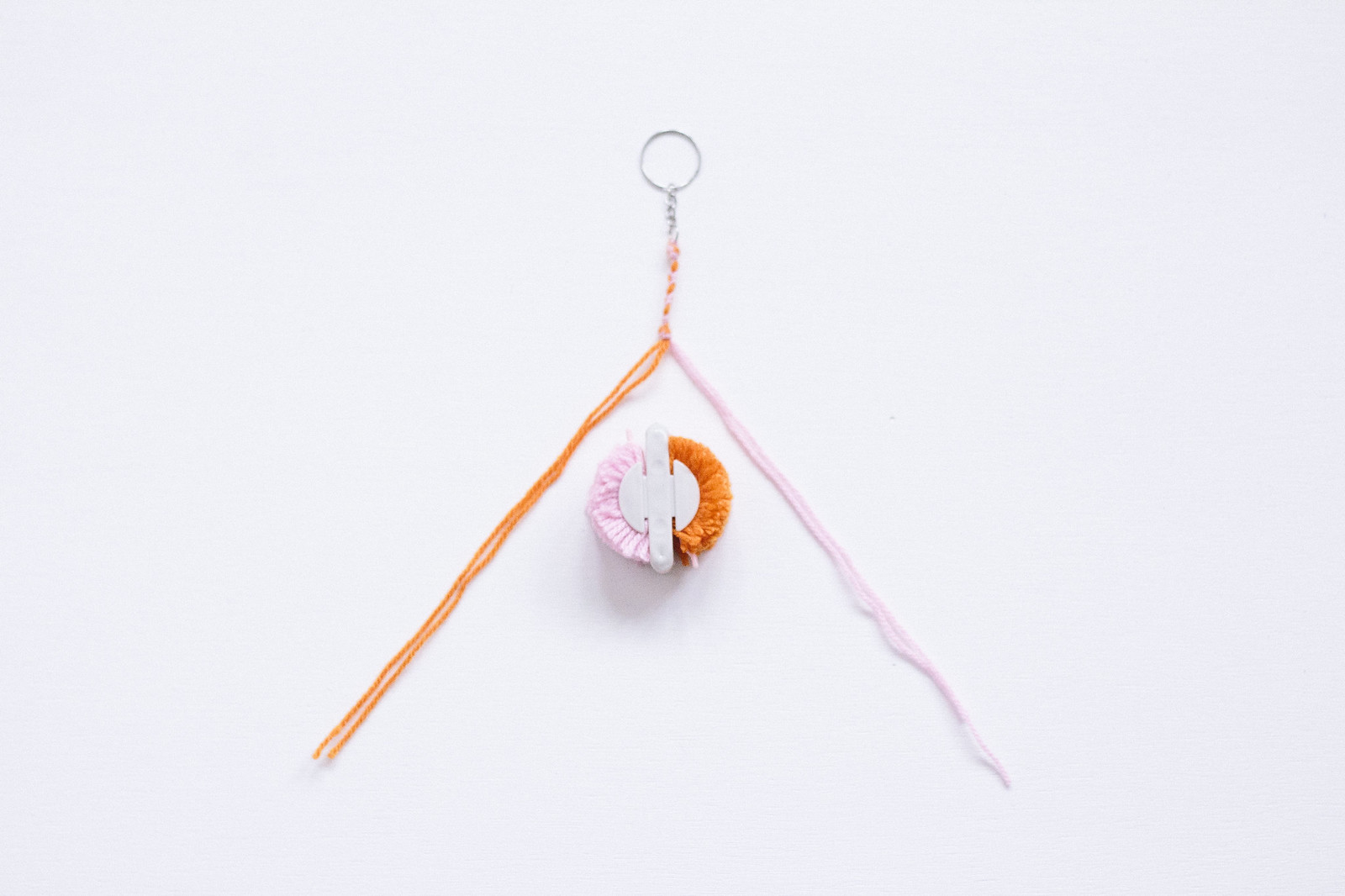 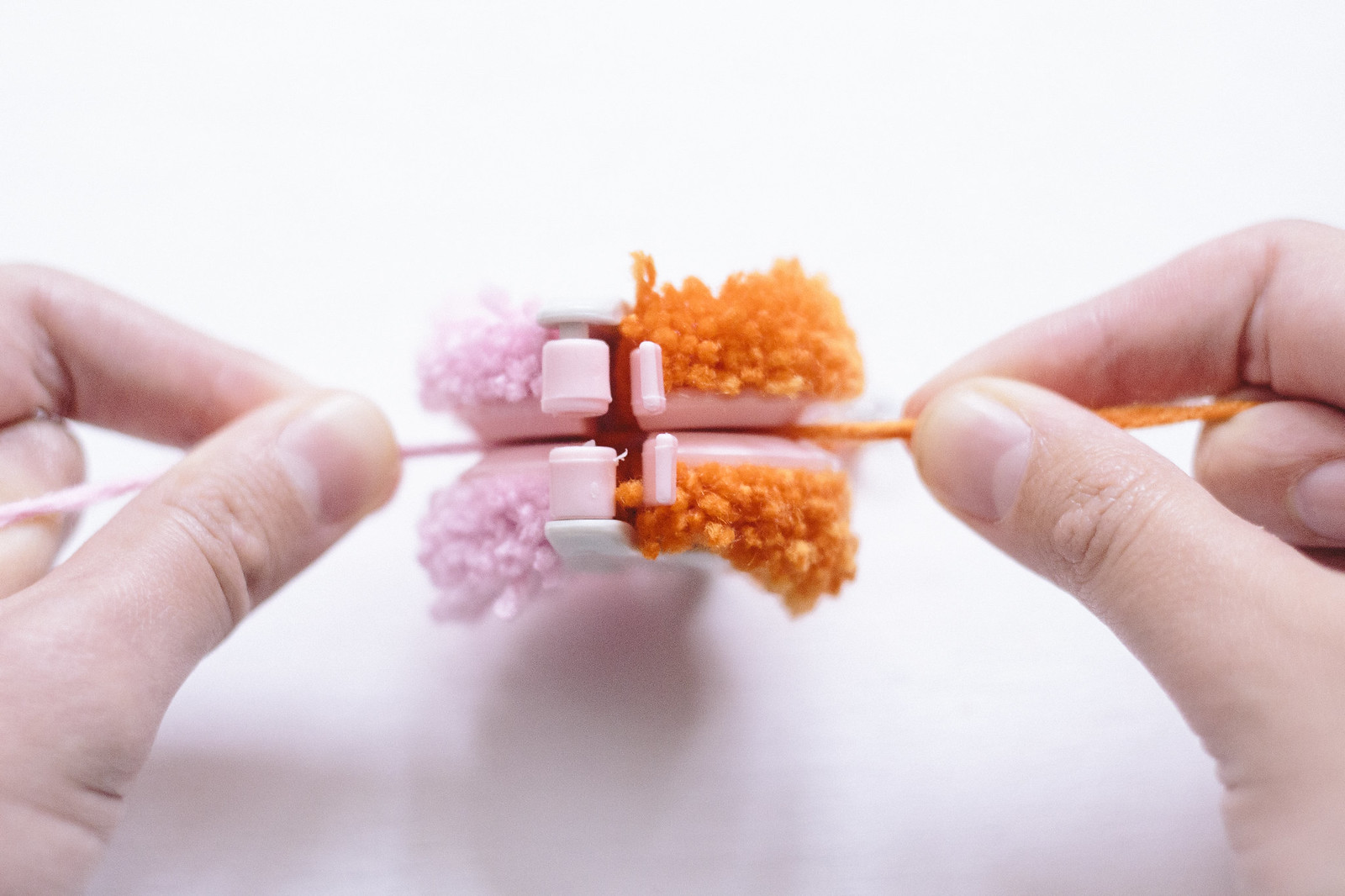 3. Tie the loose pieces of yarn from the key ring around the centre of the pom pom. This not only creates your pom pom but secures it as well. 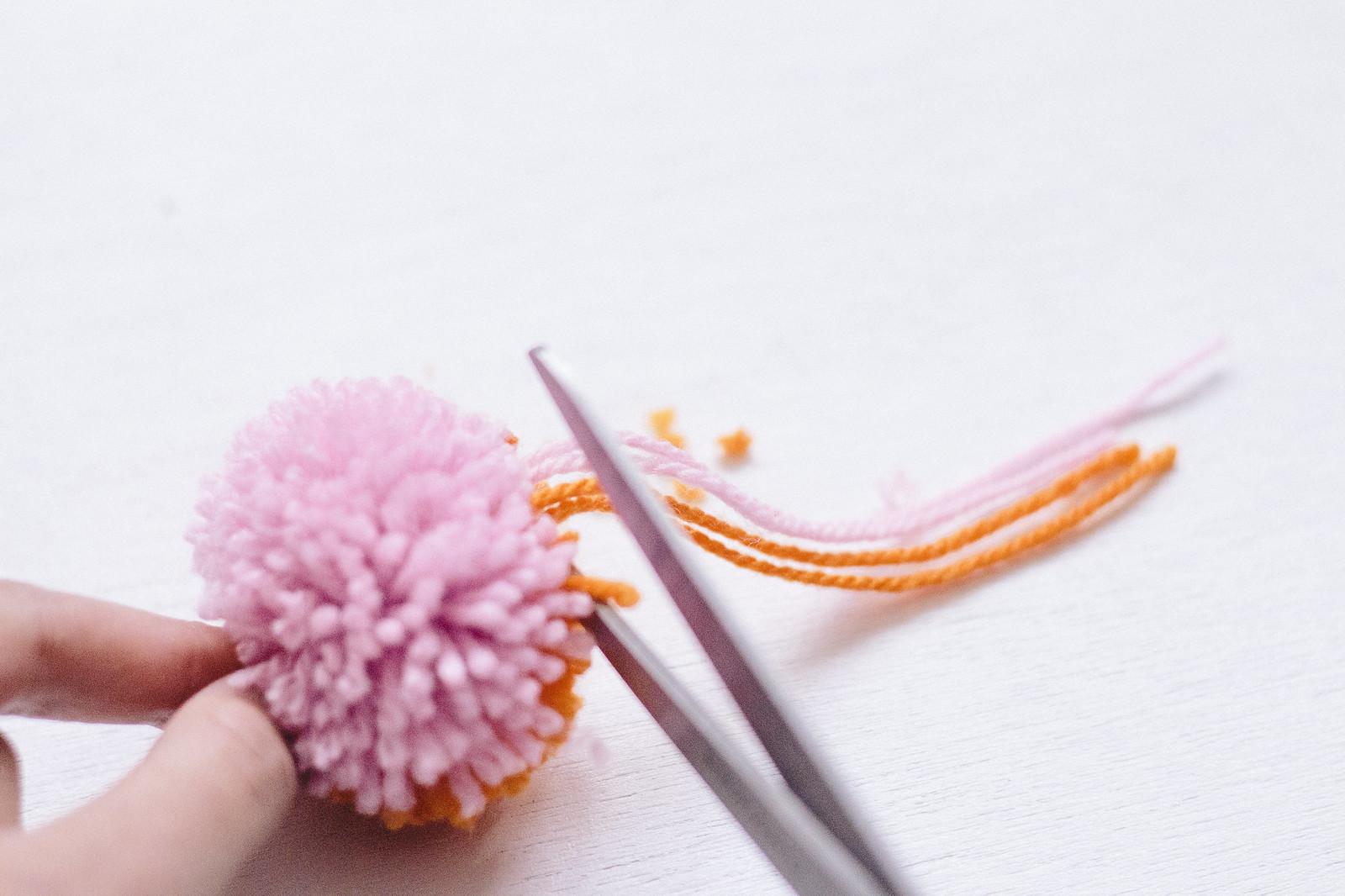 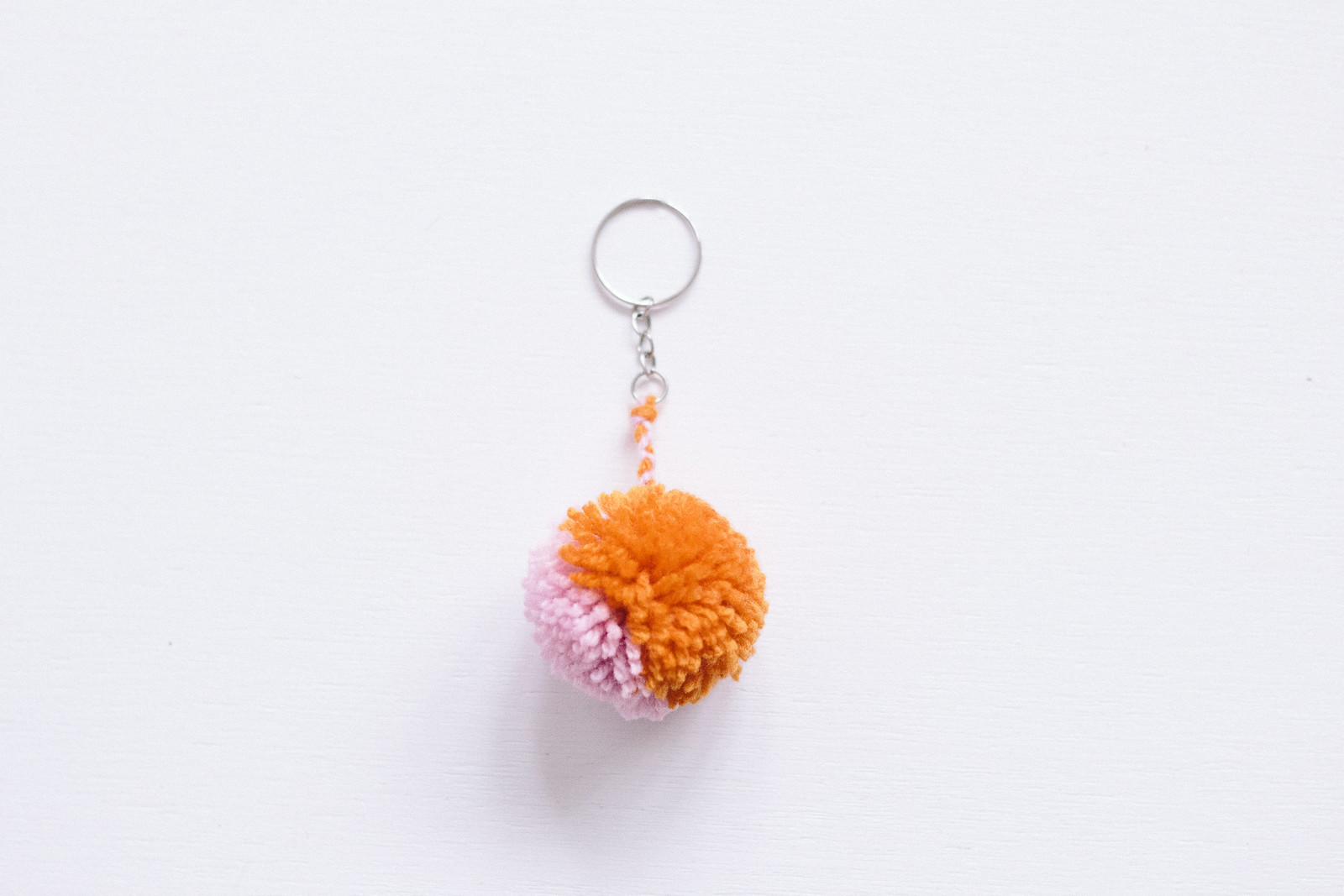 4. Trim any loose pieces of yarn to create your desired pom pom shape and there you go! A fun key ring to add to your collection. It could also double as a bag charm and you could use the same kind of method to create some pomtastic earrings.