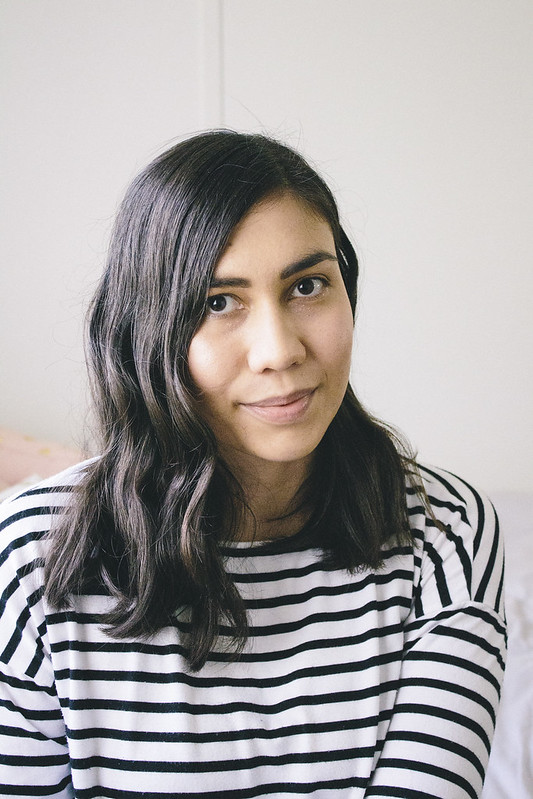 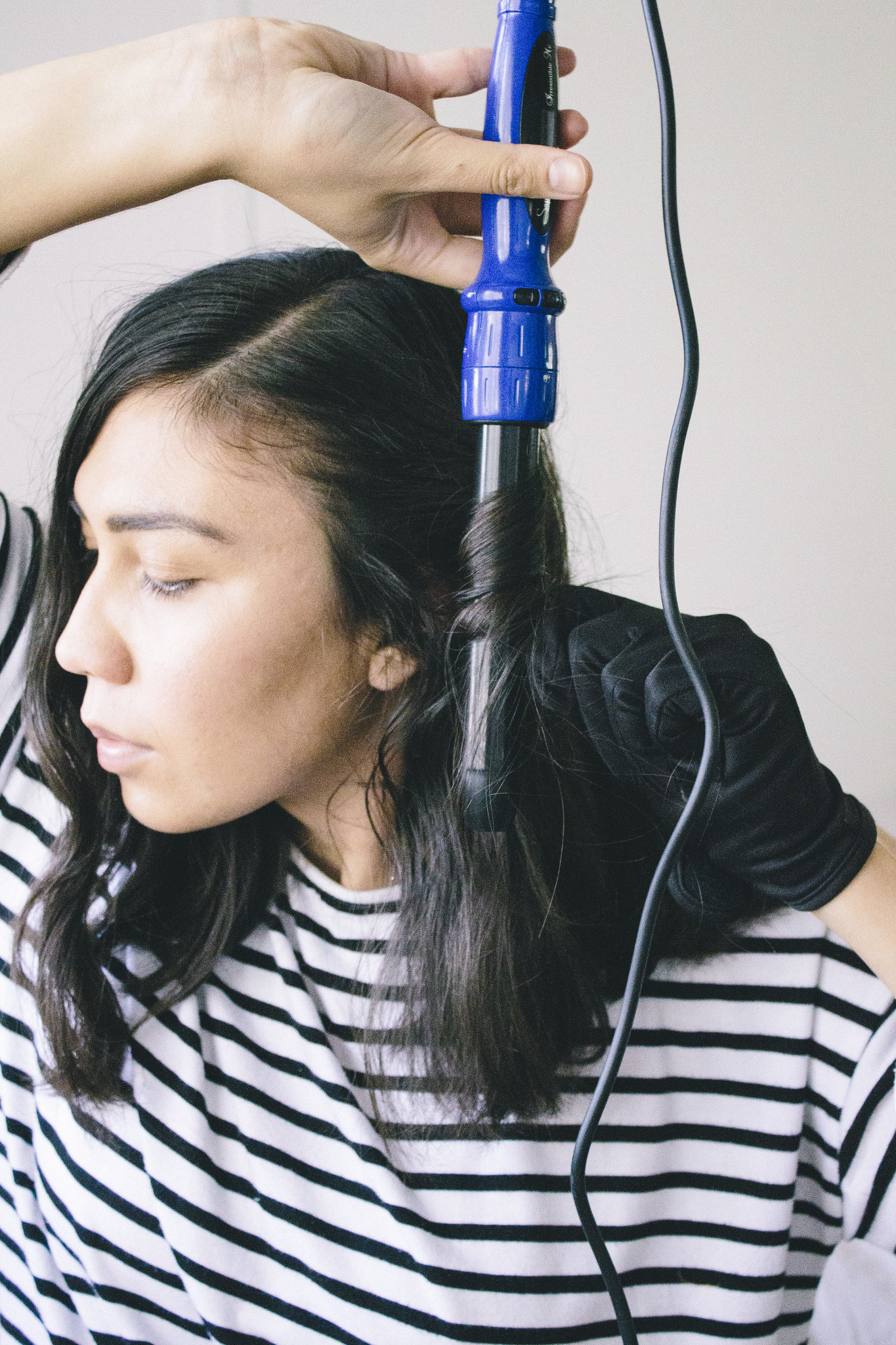 When it comes to doing my hair, I prefer fuss-free styles that take the bare minimum amount of time to do. Mainly because I’m lazy and also because over the course of my life I’ve come to the conclusion that no matter how much time I spend on my hair, it always ends up looking the same. I don’t have a particularly good track record with curling my hair but when Irresistible Me sent me their Sapphire 8 in 1 Complete Curling Wand to review I thought it would be a good opportunity to try my hand at achieving the ultimate wavy ‘do, once and for all. Read on for my review of their curling wand and also for some before and after shots. 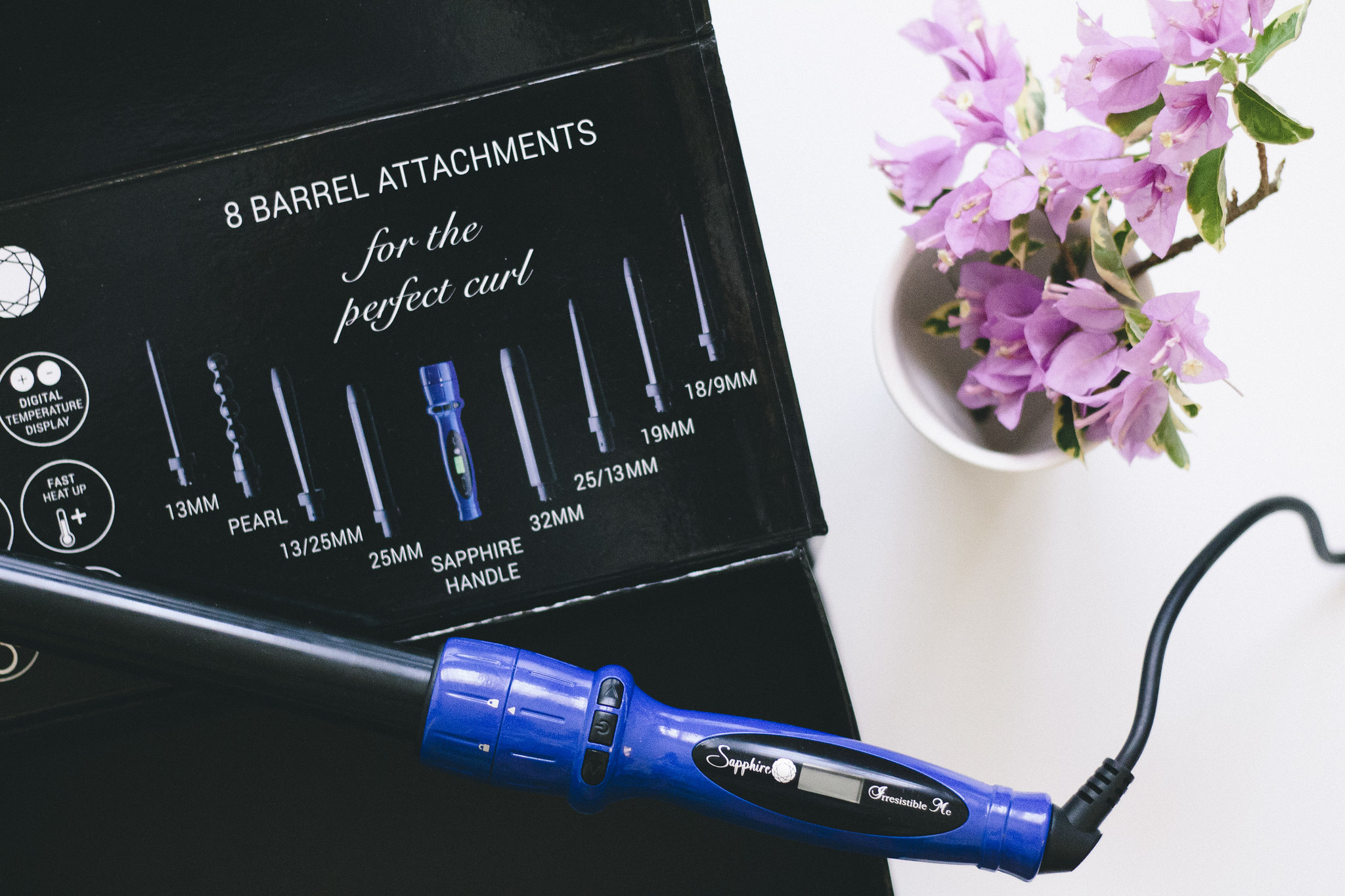 The curling wand comes with 8 different attachments, ranging from the weird bobbly “pearl” to a large 32mm barrel. So far I’ve tested the 25mm and 32mm barrel attachments as these are the ones I’ll probably get the most use out of. I also tried the “pearl” barrel for curiosity’s sake but that was a bit of a fail. Anyone care to tell me what it’s meant to do? 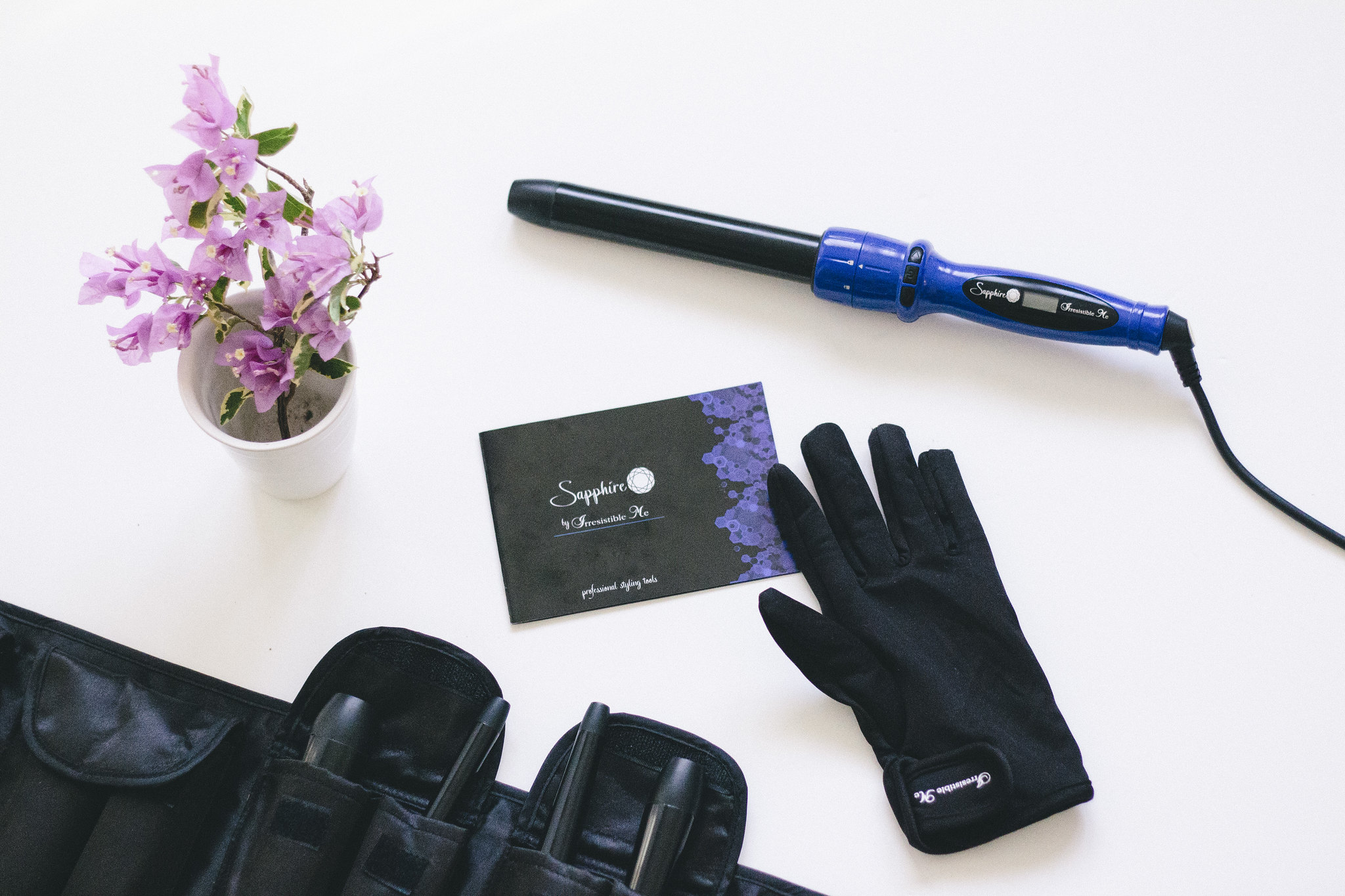 In addition to the eight barrel attachments, the curling wand comes housed in a roll-up pouch and with a heat resistant glove. The glove is a godsend if you’re anything like me and are prone to burning yourself. Also, as I’m located outside of North America, I had to use a plug adapter to make this wand compatible with Australian electrical sockets. 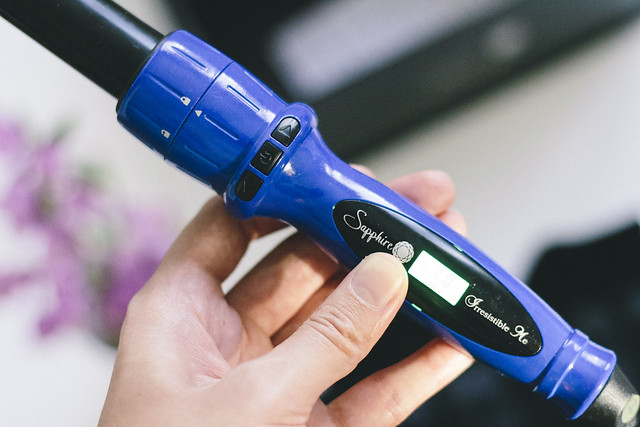 The barrels are secured into the handle via a simple twisting lock mechanism. My first impression was that the handle felt a bit flimsy as it’s made from a light plastic. However, it felt more substantial once the barrel was attached and I became used to holding the wand. The digital display is easy to read (although you can’t tell from this shot) and despite thinking the default temperature was set to degrees Fahrenheit, I accidentally pressed the up arrow for a few seconds and that did the trick of converting the temperature to degrees Celsius. 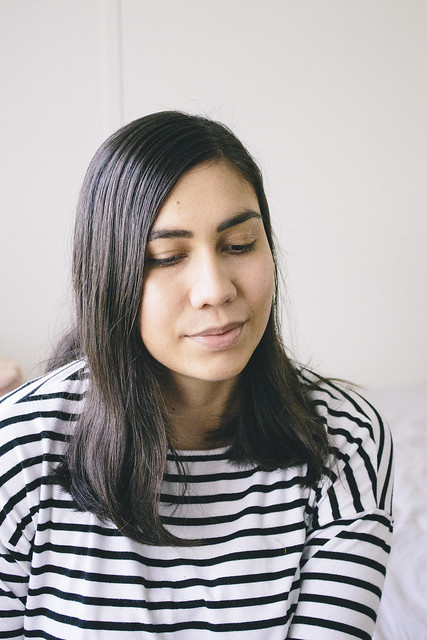 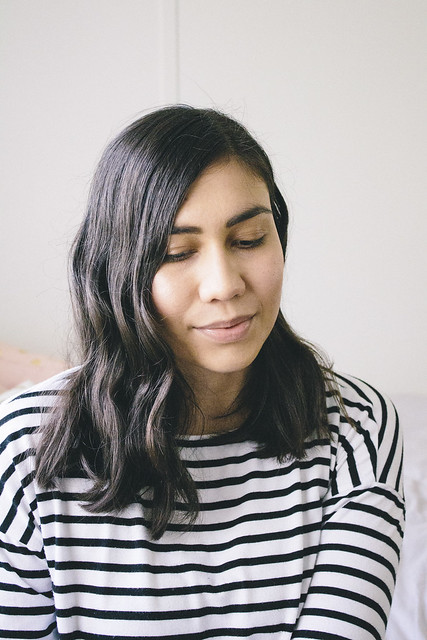 Before and after shots. I achieved these loose curls by wrapping sections of hair around the 25mm barrel, starting from the back of the head and moving to the front. I also hadn’t washed my hair in a few days and had used some dry shampoo previously, so I think that had a lot to do with the curl holding a bit better. All in all it took me under ten minutes for a full head of hair. Success!
NB: This curling wand was gifted from Irresistible Me and this review is based on my experience with the product.

A Look at Physical Sunscreens