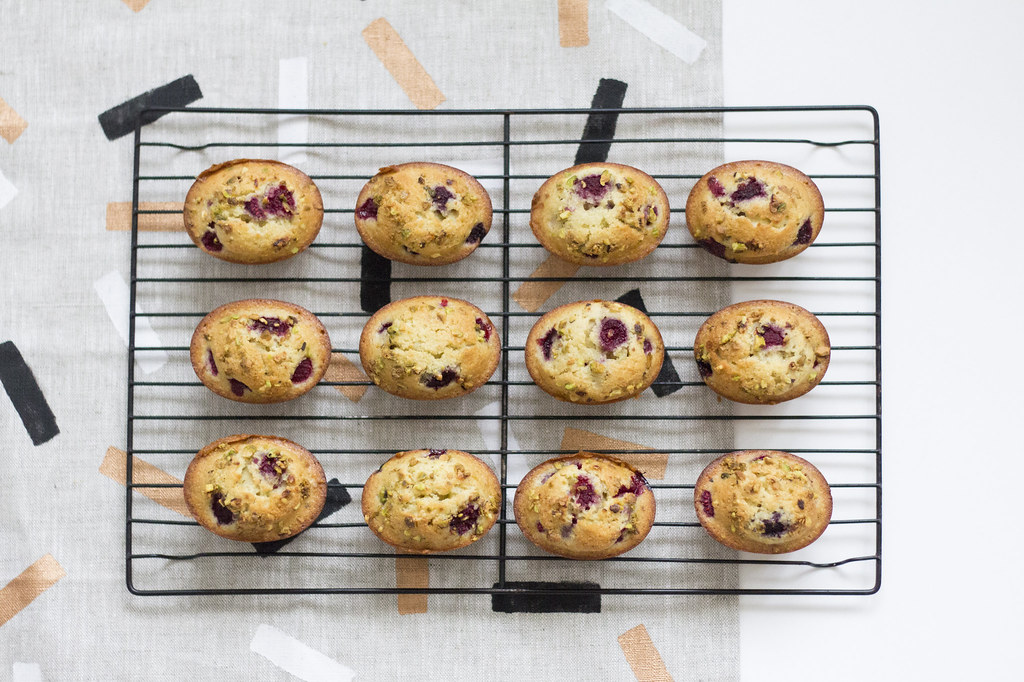 Sometimes I become obsessed with certain foods. Earlier this year my friend held a high tea and one item on the menu that I took a particular fancy to were her raspberry and pistachio friands. Then I was about all of the raspberry and pistachio friands, all of the time, until I would eventually collapse into a sugar-induced coma. The version she made were gluten-free, however, these ones I made were adapted from a Donna Hay recipe as I didn’t have any gluten-free flour mix on hand. While the original recipe called for the raspberries to be folded through the friand mix, I opted to place the raspberries in each individual friand – about 5/6 raspberries layered through each friand – as I was worried about the raspberries breaking up and bleeding through the mix (I was using frozen raspberries). Sidenote: how fantastic are these hand-painted napkins by Fazeek? If you answered with “pretty darn fantastic” then you would be 100% correct. 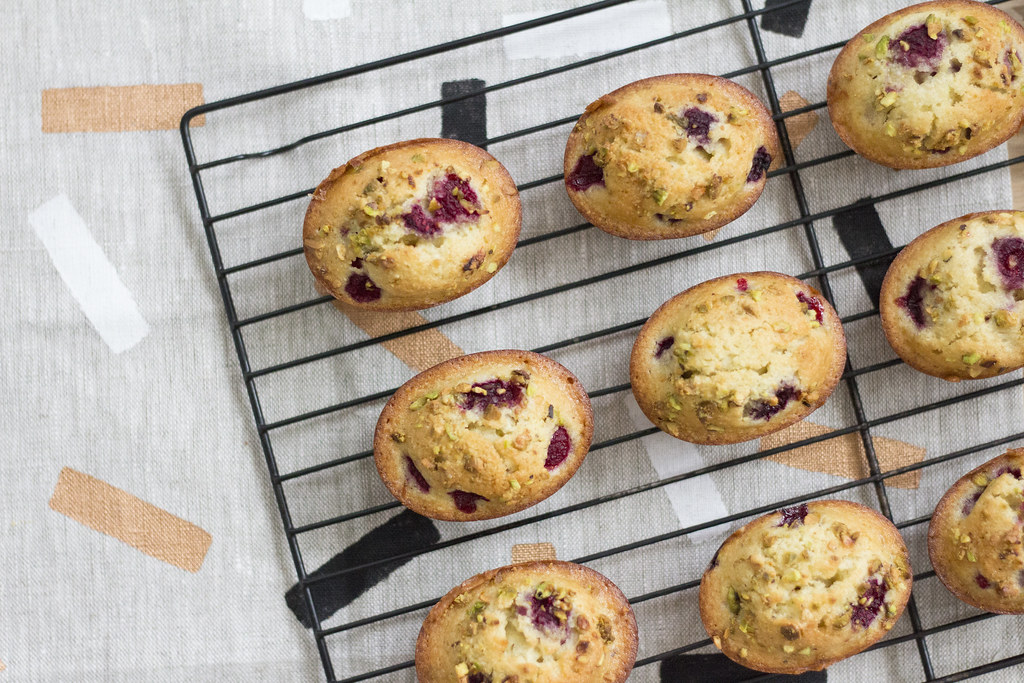 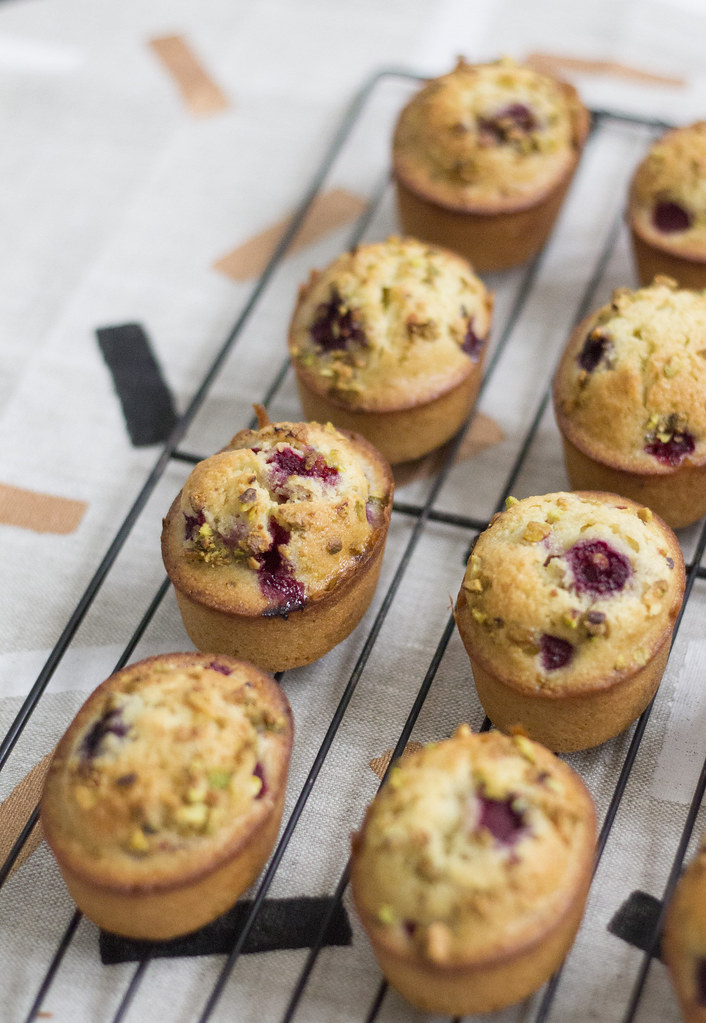 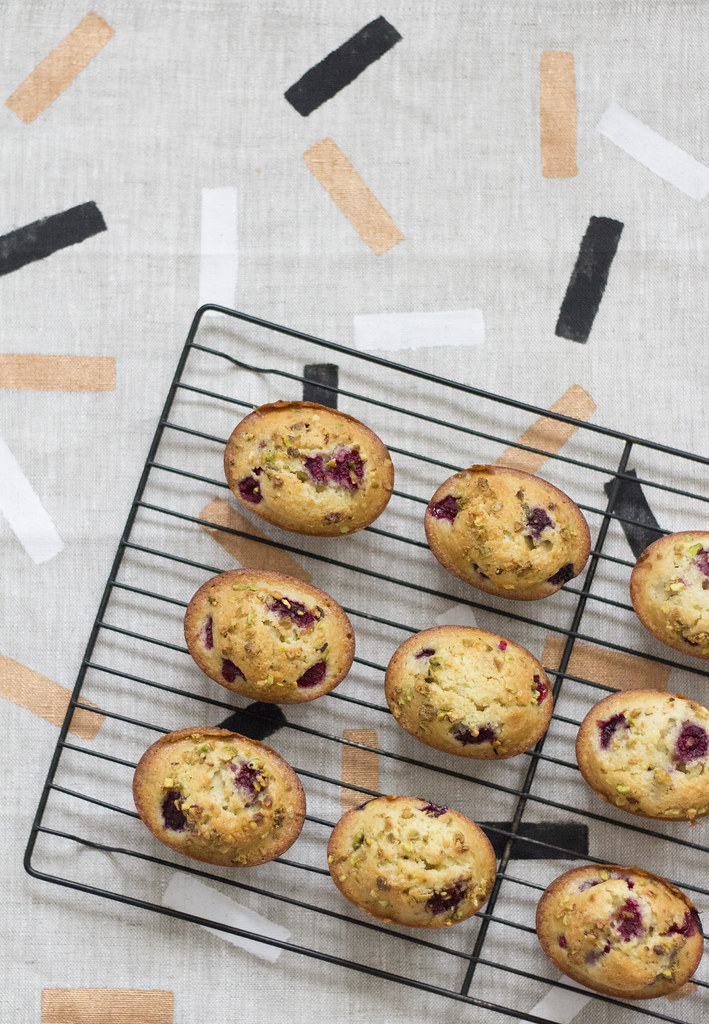 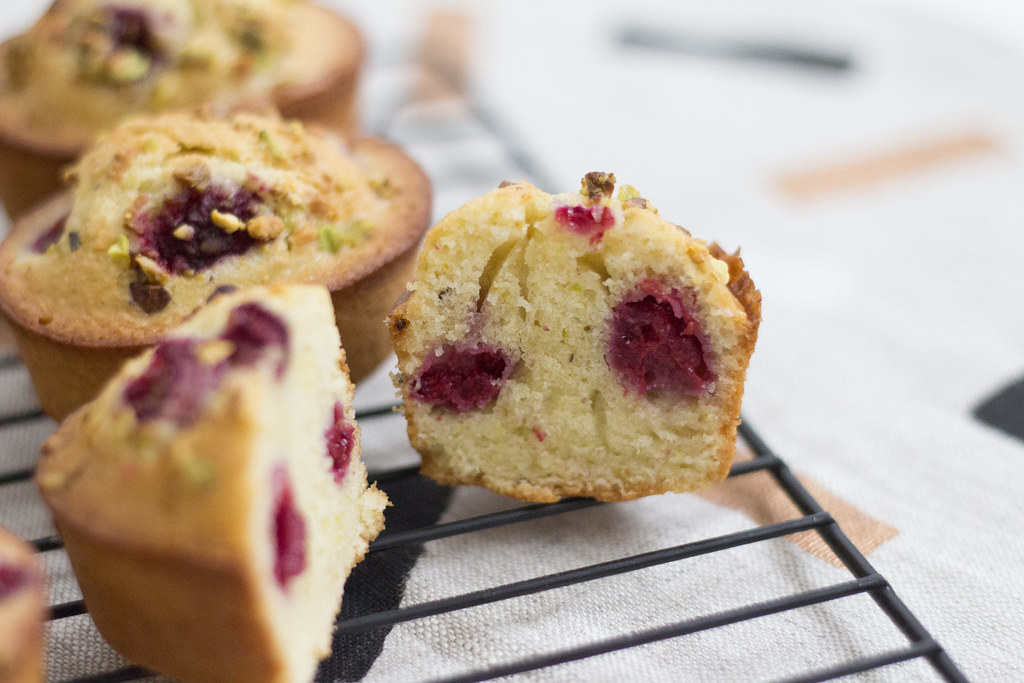